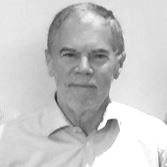 Walter Schoenmaekers obtained his MS Mechanical and Electronic Engineering at the KU Leuven in 1967 and a PhD in Solid state Physics and Electronics at the same university in 1971, on the topic of “Recombination and Trapping in Germanium for Gamma-Spectroscopy”.

In 1967 he started at the ESAT department as an assistant to Prof. Roger Van Overstraeten (IMEC Founder), to pioneer at the first experimental production of integrated circuits on Silicon. In 1968 he joined the semiconductor division of Metallurgie Hoboken Overpelt (UMICORE), for R&D in the area of high purity Silicon and Germanium for α-, β- and γ-spectroscopy.

In 1981 he left Umicore to found Canberra Semiconductor NV. In 1990 he left Canberra and made a career switch by investing in several start-ups and larger industrial companies.

Walter currently serves as the President of the Board with Caeleste.