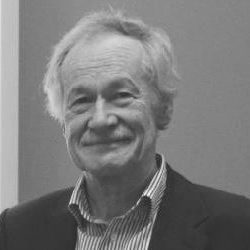 Willy Sansen has received his MSc degree in Electrical Engineering from the KU Leuven in 1967 and a PhD degree from the UC Berkeley in 1972.

After returning in 1972 to the KU Leuven, he became a full-time professor in 1980. In 1984-2008 he headed the ESAT-MICAS laboratory. He was involved in spin-offs such as Ansem, ICSense, Kimotion, Zenso and was a visiting professor at several high-ranked universities.

Prof. Sansen is a member of several editorial and program committees of journals and conferences. In 2002 he became the first European Program Chair of the ISSC and the first European President of the Solid-State Circuits Society in 2008-2009. He is recipient of the SSCS Donald Pederson Award in 2011 and a Life Fellow of the IEEE

He has been supervisor of over sixty-five PhD theses in the discipline of analog design. He has authored and coauthored more than 650 papers and sixteen books among which his slide-based book “Analog Design Essentials” (Springer 2006).